Every cloud has a silver lining

Next month I turn 60. I've voted at every election that I've been eligible to vote in since I was 18. At every general election I have voted labour. I have never elected an MP. I say never, but that changed yesterday. Yesterday I helped elect a Labour MP. Obviously I am very disappointed at the outcome of the election as a whole but I gave a little whoop when I learned that I had finally got a voice in parliament. If you've never been in this position then you can't hope to appreciate how I feel. For me this is a really big deal. I HAVE ELECTED AN MP FFS! Clive Lewis is now MP for Norwich South replacing the little Lib Dem work-experience lad who was sitting in for the next Labour incumbent.

I know some of you will challenge my definition of democracy but I've never believed we live in anything but a sham democracy. It can't be right that your vote is so often wasted and that you are not truly represented by those who have been elected. Our first-past-the-post electoral system has never been fit for purpose. It can't be right that a party can govern with only thirty odd percent of the popular vote no matter what their hue.

It isn't right. But unfortunately the problem with our own perverted way of electing the way we are governed is that it allows a few people in a few marginals to decide the outcome. And when a large proportion of the electorate are basically stupid then democracy is on a hiding to nothing.

A lot of people are going to suffer because we have now have a true blue Conservative government. Many of those that will suffer will have either voted Tory or worse still not voted at all. In a way it will be rough justice. But I'm no lover of rough justice or revenge/retribution. No one deserves to live in an uncaring unequal society no matter how foolish they have been. Even if they are turkeys that have voted for Christmas. 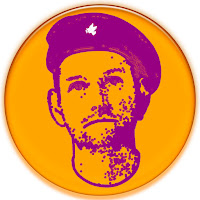