Since turning eighteen I have voted in every election that I’ve been eligible to vote in. At every general election I’ve voted Labour. I’m now fifty-five and I’ve never elected a Labour MP in my life. Do you know how painful that is?
In 1997 I came close. Labour were less than 400 votes short of taking true-blue Bury St Edmunds. Now that would have been a victory. When we moved permanently to Norwich last year it was to a constituency that had a sitting Labour MP, Charles Clarke. Not an MP whose political views seemed to wholly equate to mine, buy hey it was a Labour seat. Then of course as we know disaster struck and Charles narrowly missed re-election. So close and yet so far. If I live until I’m sixty will I finally elect a Labour MP? I do hope so.
I have never liked the first past the post system. It is so undemocratic, and just plain unfair. How can it be fair when less than half the voting public in a constituency vote for a particular MP? Why have we put up with it for so long?
One thing that I along with many others don’t want to lose is having a member of parliament that is directly elected by a constituency, but that doesn’t mean you have to stick with first past the post. AV gives you a constituency MP, and an MP that has actually been elected by more people than first past the post gives you.
Democracy has to be about consensus and often compromise. It is totally wrong to stick with an outdated system just because it favours a particular party or parties. No political party should ever push for a system because it favours them. That’s immoral.
Emily Thornberry in her blog posting on LabourList doesn’t seem to grasp that first past the post is undemocratic and therefore can never be supported by a party that should always take the moral high ground.
Come the referendum I shall vote for AV. It may not be the very best solution but it is a damned site fairer than what we have now. I think that’s called progress. Labour is a progressive party, isn’t it?
at 21:56 1 comment:

Alan over at Gen X at 40...posed this question.

And if you want the bestest song in the history of rock-a-boogie then give this a whirl:

Email ThisBlogThis!Share to TwitterShare to FacebookShare to Pinterest
Labels: rock-a-boogie

Thank goodnes for that!

The circus came to town today. Murdoch’s Media Circus, along with the five Labour leadership hopefuls. My ballot papers arrived the other day and I’d sort of made up my mind how I was going to vote but I went along to today’s performance with a relatively open mind. Well as open as it could be given my political leanings. The extravaganza was being held at a venue in Norwich called Open 247; a rather grand hall that was previously a Barclay’s Bank but is now a youth centre. Being in the audience of a television programme is a little tedious. There’s a lot of waiting around and when you’re finally allowed to take a seat you have to listen to some non-entity of a presenter (no idea who he is) go over his lines several times whilst your bum gradually starts to go numb and any political fire you might have in your body evaporates ceiling-ward. Does anyone actually watch Sky News?
The audience was made up of roughly fifty percent Labour members and a fifty percent mix of non-aligned voters and a token ‘youth contingent. At the ‘standing around with a coffee and losing the will to live’ stage before going into the hall I had a brief conversation with a ‘non-aligned’ gent of around my age. He was apparently a Labour voter but not a member. He was persuaded to come along by a market research company who phoned him up on behalf of Sky. Obviously he was interested to hear the candidates speak, but they also offered him twenty quid. He said that as he could cycle there he thought ‘why not?’Labour party members did not get the twenty oncers. I’m not sure why Sky insisted that members of the general public needed to be there as ‘balance’ shouldn’t really come into it. This nonsense meant that less party members could attend. I feel so lucky to be one of the few who got a ticket.
The presentation, for that’s what it was, was an interesting show. It wasn’t a debate as there was no cut and thrust of argument and challenge. But that doesn’t make it a bad thing. It doesn’t always have to be adversarial. All five candidates presented themselves very well. If fact the only one that was not as slick as I thought he’d be was Ed Miliband. His older brother David was perfect in terms of delivery and apparent ease with which he answered questions. Shame he’s a bit too Blairish for my liking. Before today the one candidate that left me cold was Andy Burnham, but after seeing him in the flesh, so to speak, I warmed to him a bit more than I would have imagined. He’s another Blairite so he doesn’t really float my boat but I was impressed with his passion for ‘care’. I’m not totally sure I know what Ed Miliband stands for apart from whatever it is it is to the left of David, and he mentions ‘change’ a lot. He no doubt feels that if it worked for Obama and it worked for Cameron he might as well give it a go. Ed Balls is a star. You can’t greatly fault the man. He talks such sense. He’s the only one that has been seriously challenging the Con-Dems on their vindictive Tory policies. His arguments are credible. His economic policies are sensible, right and fair. If he doesn’t make party leader and Labour do get re-elected at the next election he would make a fantastic chancellor. He makes no apologies for being part of the last government, whilst at the same time pointing some of the things he was unhappy with and argued against; the joys of cabinet collective responsibility hey Ed? He also quite rightly points out that 13 years of Labour actually delivered some really good stuff. Stuff to be proud of. And in fairness all five of the candidates took this positive stance just that Ed Balls was the most robust, credible, eloquent and convincing on the matter. Ed Balls was my number one choice for leader until Dianne Abbott joined the race. Dianne Abbott just ticks all of the boxes for me. You can’t not approve of anyone that was against the war in Iraq. A thorn in Labour’s side that many in the party I’m sure don’t realise how many votes it cost us. But she’s not a one issue woman. For me she offers the policies closest to my beliefs of any of them. And, more importantly I think she is the most ‘in touch’ with real people out of the candidates. With Dianne Abbott as Prime Minister we could just well get the fair and just society that so many of us crave.
If I had any doubts before the presentation they were put to rest when all the candidates were asked which one of their policies was key. Dianne Abbott mentioned the magic words of building many more council houses. That sealed it for me. Dianne Abbott really gets it. She’s my number one choice.

Belonging to a cause 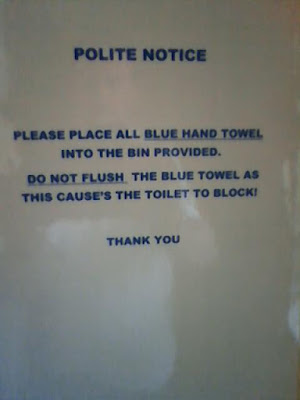