A few years ago someone I know asked me if I considered myself English or British. Without hesitation I answered neither, I'm European I said. And that's how I have felt for a long time and still feel now.

As you can imagine I feel angry, sad and generally bemused by the incredulity of the referendum result. I've calmed down now so I won't be quite as insulting as I have been in recent days on social media. In fact I had to initiate a self-imposed ban on social media to stop myself from being mega insulting to so many people. I've come to terms now with the result and feel that those who voted for out will mostly be the ones that suffer because of it and because of that don't feel quite so bad.

The only good thing to come out of this is the possible breakup of the United Kingdom. As much as I find nationalism distasteful I do wish the Scots the best of luck with their future in Europe. I have no doubt that this time they will gain their independence and remain in Europe. I also think that an independent Scotland could prosper because of England's idiotic decision to leave the EU. Industry will flock to north of the border because of what the English plebs have decided.

My biggest concern is for the poor people of Northern Ireland. They have been shat on big time and result of this referendum could well reignite the violence that was so successfully subdued in the 90s. I hope they can find a way through but fear that unless a united Ireland is achieved somehow shit will happen again. If only the loyalists could see that England doesn't give a bugger about them.

This referendum has brought out the nastiest of the nasty in some people, particularly white obese racists from Essex and Lincolnshire, but not exclusively.

I shall continue to be blunt and try to shock the idiots back to sort of decency but I doubt my efforts will have much effect.

As much as I like the writing of George Orwell I fear Aldous Huxley has won out. Time will tell.

Events don’t happen in isolation. Life on earth is an ongoing chain reaction with the past influencing the present and the future. As humans many of us like to categorise or compartmentalise bits of life. We want things to be black and white. But life ain’t like that. It's never that tidy. Pigeon holes are dangerous, and the human race is at its most dangerous and downright despicable when sections of it are tribal.

When people belong to a tribe all rational thinking goes out of the window. If you are not in a tribe you are the enemy. The tribe stifles creativity. The collective noun for sheep should be tribe. Tribal members are just one of the herd. They are no longer individuals. The tribe allows for easier manipulation. Tribe members become the foot soldiers to carry out the dirty work of those that pull the strings. In this country those pulling the strings are the white male English elite.

Countries, family, religion and sport are the main culprits when it comes to the creation of tribes. Tribe members, or sheeple, take the view that their tribe is the most important thing in the world and non tribe members are somehow worthless. Fascism loves tribes

I’m all for collectivism in the sense of working together for the common good, but I don’t see that in doing so your identity should be governed by the collective.

I think that events this week have reinforced my belief that tribalism is a parasite that is going to slowly but surely destroy the human race.

The world would be a better place without countries, 'family', religion or sport. Tribes divide. We need to learn to live together before it's too late. 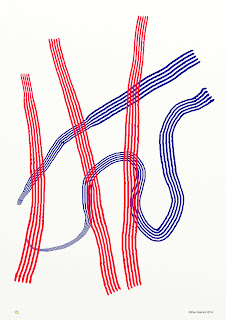 I choose my blog titles very carefully by the way.
at 18:51 4 comments: