I've been aware of the poet Martin Figura for a couple of years. I've seen him perform three times before Thursday night's performance of Dr Zeeman’s Catastrophe Machine Show. The show was part of the Norfolk and Norwich festival. I don't think I've ever seen a more absorbing and spellbinding one person performance of poetry and prose. It seems to be a mix of autobiography and poetic licence, which along with some inspiring props and well displayed photos and graphics to support Martin's charming and humorous writing makes for a wondrous evening.

It's a show that will make you smile, laugh, empathise and engender an inner glow. If you get the chance it's a must see! 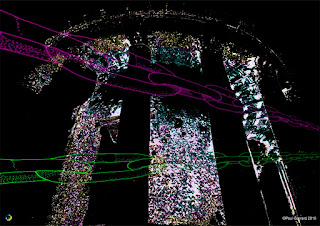 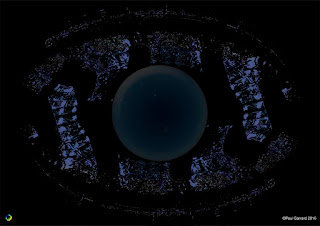 We are artists you and I

Art is not exclusively a rich man's sport. I realise that it might be perceived as such, particularly in the media, but it is not so. The British Critical Establishment try to tell us what is and isn't art, but in no way do we have to accept that. Based on the narrow-minded opinions of the critical elite, the education system churns out clones of what are defined as talented artists; giving them a certificate to back this up. You can legitimately teach craft, but in no way can you teach anyone to be an artist. Art is subjective; it is in the eye of the beholder, there are no rules defining what art should or should not be. There is no good art and there is no bad art, just art.

High prices at art auctions reinforce the myth that artists are good or bad, winners or losers. The elite use the language of competition and false quality standards to bolster the artistic myths. There is no competition in art. Art is beyond competition. In the South Sea bubble of the elitist art world a value system is applied that is meaningless in the extreme. Art critics give the thumbs up to what they see as good art based on their fictitious criteria. These art critics, these self-styled experts on art are charlatans. Unfortunately as with the Emperor's new clothes most believe what the charlatans say. The fashionistas dictate what's in and what's not and so that gallery content and major exhibitions are influenced by just a few. And thus a commodity is born.

What is art anyway?
Art is whatever you want it to be.

There is one artist above all others who has been so influential in the way that I look at art and in particular how I creatively operate. His name was Ken Sprague. I first became aware of him in the 1970s through his posters and flyers for a number of left wing political campaigns. I liked his bold, sometimes neo-brutalist, lino prints. It was a style that got the message across. Ken was direct in his message. Then in the 1980s he presented a television series called 'Everyone a Special Kind of Artist' where he highlighted 'ordinary' folk who practised their art for the pure love, enjoyment and fulfilment it brought them. Since then 'Everyone a Special Kind of Artist' has been my mantra.

'Everyone a Special Kind of Artist' is derived from a quote often used by Eric Gill, an artist and designer of some rather pleasing typefaces, and unfortunately a practitioner, allegedly, of some rather dubious moral behaviour. That quote is 'An artist is not a special kind of man, but every man is a special kind of artist' and as I understand it originally comes from the philosopher Ananda Coomaraswamy.

The idea that only a chosen few can be artists is yet another piece of pernicious propaganda perpetrated by the elite who continue to oppress us. The elitist concept of art is a downright lie. If you want to be an artist then you can be.

We need to liberate art. We need a mass movement of art participants. Anyone can be an artist if they want to be. Seize that notion and own it. Go forth and create. 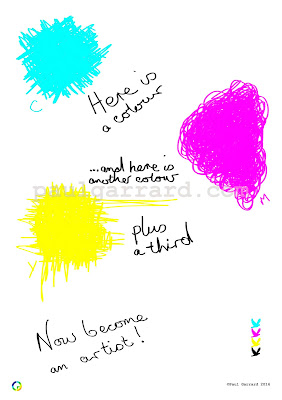