Half socks, an obstacle to world peace 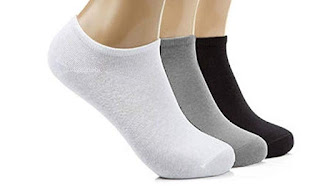 I am convinced that the half sock or trainer sock is a significant obstacle to world peace. That and narrow minded oppressive violent ideologies. Oh and injustice.
at 18:15 No comments:

My dad loved his life!

I’ve never really understood the point of funerals. I’ve always questioned the need for them. Much to most people’s bemusement. And please don’t tell me that it is about saying goodbye because it is not as the deceased is long gone. I’ve also never understood the need to worship the dead like so many people do. By worshipping the dead I mean the very existence of a grave and the tending there of. Or, the laying of flowers at a roadside, or where people have fallen. What is that all about?
I think that it is about people being in denial. Denial that their loved one has died and denial about their own mortality. Most people can’t seem to grasp the concept that death is final. They are desperate to believe that there is more. Now I can’t prove that there isn’t more, the same way that I can’t prove that there isn’t a large blue elephant with pink spots floating around on a fluffy cumulonimbus, but given that there is no evidence for either, both would seem highly unlikely.
The trouble is that most people tend to become highly emotional around death and rational thinking goes out of the window. Questioning the necessity for a certain type of funeral or a funeral at all would seem like a pointless exercise.
We buried my father yesterday. He died on 10th March as a result of a heart attack he’d had two days before. It was a CofE funeral and a burial beside the village church. Not what I would have chosen but they were his wishes. I was asked if I would like to read a lesson. I declined but said I would be happy to say a few words. Which indeed I did. I thought I would share those words with you:
In many ways father and I were like chalk and cheese. He was a very practical man, good with his hands and could turn his hands to most things. I am a DIY numpty. He loved sport, whilst I can’t abide it. He accepted tradition and superstition and I challenge it. But, stood together there was never any doubt that we were father and son. We had the same boyish good looks. We both had the large Garrard ears or lugholes as he would have said. We shared mannerisms and both had the same laugh. In fact it is the laugh I am most grateful for, because it was from father that I inherited my wonderful sense of humour. He gave me the ability to laugh at the most ridiculous things, and to see the funny side in much of everyday life. Father could tell a good story as well. Much better than I could ever hope to. As kids we would always be laughing about something with dad. There was always laughter in our house.
Growing up he rarely called me Paul it was either boy or the slightly enigmatic Lard-head. These were terms of endearment that I happily answered to.
I have so many nice childhood memories involving dad that it’s hard to single one out. The Christmas I received a Scalextric set was one of note. I’m not sure who derived the most pleasure from it. The track took root on the dining table and we would spend hours racing against each other, both of us equally excited and enthusiastic. One big kid and one little kid. Kids in their element.
Father was never prolific in telling us off. I remember in my teenage years the first time that I came home rather the worse for drink. Rather than scold me he laughed. He knew that I was learning the hard way. He was shrewd enough to know that a life lesson has more effect on a teenager than the words of a parent. And he laughed again.
I remember father was always very keen on swimming and despite my general disinterested in sport it was something that we had done together both in my childhood and then later when three generations of the Garrards went to the pool; Dad, myself and my son.
Something else that we had in common was our love of good ale. I treasure the memories of the few beer festivals that we attended together. Both as eager as the other to try something new.
Now fast forward to January of this year. He was so happy the day he reached his eightieth birthday. To him it seemed like a major achievement. And indeed it was. A few weeks prior to his birthday he had said to me in quite an earnest but enthusiastic way “You know, I like my life. I really enjoy it”. I was well moved. Here was a man whose body had been ravaged by HD and still he was happy with his life. I think it was the most inspiring thing that he had ever said to me. I certainly won’t forget it. It is the overriding memory that I shall carry with me always. My dad loved his life!
at 20:58 3 comments:

Every so often a new song will come along that I just have to play over and over again. I’ve always done it. In my youth I would rush out to buy the latest obscure fav 7” platter, whack it on my turntable, play it, and then play it again as soon as it finished. And loud! The latest song to do this to me is Tosta Mista by Hooded Fang. Love the guitar sound. It’s the sort of guitar playing that would melt chocolate at well over one hundred paces. This song is the most fun you can have with your clothes on. But for maximum enjoyment get your kit off to it!
at 18:47 No comments:

Well, actually, to be precise I had a dream. And, I can already hear a voice saying “how very PG is that?” Last night I dreamt that I wandered into a baker’s. Possibly in Bury St Edmunds. Their speciality, their signature bun so to speak, was an Eccles cake. Not a comestible you naturally associate with Suffolk I’ll grant you, but in dreams all is possible. Anyway this was no ordinary Eccles cake. First up it was the size of a dustbin lid; extraordinary in itself. And as if the size was not enough to contend with, inspiration had been drawn from the traditional Cornish pasty, in as much as the giant Eccles cake was half savoury and half sweet. The sweet half was your normal Eccles cake with the dried fruit filling and the sugar on top. In the other half it was cheese, but also with the sugar on top; hmmm, a combination to work at.
Sadly in my dream I never got to try this cutting edge pastry, as when I arrived home the lady and our guest had been out buying all manner of breads and cakes, which for some reason we had to eat first. By the time we got around to the giant Eccles cake it was stale and considered past its best. Oh well, another dream perhaps?
at 12:17 2 comments:

Email ThisBlogThis!Share to TwitterShare to FacebookShare to Pinterest
Labels: dreams, food and drink 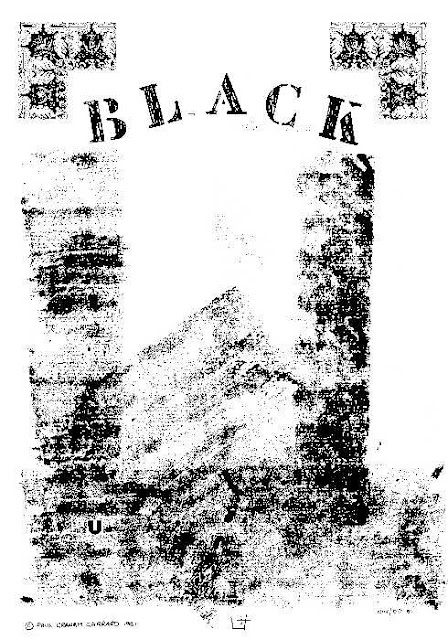 I have black moods. I’ve had them since my teens. They are a very strange place to be. I don’t choose when to have them. I don’t know when they will arrive. They don’t seem to be caused by events or other people. They come without warning. They can confuse other people something rotten, and they don’t do me a lot of good either. Sometimes other people think that they have upset me or that I have been upset by someone. Whilst others do upset me from time to time they are never the cause of the blackness. Thankfully, these days, the slough of despond rarely lasts longer than 24 hours, and often it is much shorter. They have also become less frequent the older I get. In my earlier years they might have gone on for several days, often been a lot deeper and manifesting themselves much more often. Now, I know that they will pass; that the chemical imbalance will wash through my system. Sadly, even though I know this, there is bugger all I can do about it apart from retreat into my shell. It’s almost as if there are two of me in this body. Eventually the storm clouds pass and I am all smiles again. I much prefer the smiley me!
at 00:09 1 comment: