I’ve got a bit of a bee in my bonnet about advertising at the moment. A couple of things have caught my eye recently that I find particularly distasteful.

I’m rarely offended by swearing although what I consider to be misuse of or lazy language upsets me terribly; ‘can I get’ instead of ‘please may I have’ being one of many examples. But I’m never happy when the subject matter is what I deem to be offensive.

The raison d'être of all advertising is to influence. And if in the process it reinforces bigoted stereotypes then I think it should be challenged and defied.

Yesterday I wrote a small piece on my real ale blog complaining yet again about Shepherd Neame’s distasteful advertising: an advert for Spitfire has been refused permission to be aired on TV. ‘The sketch, which stars comic duo Armstrong and Miller, makes reference to "Poles" and "Paddies" laying patios.’ My blog posting lead to a shy and retiring anonymous green ink merchant* leaving some amusing comments on that blog. Some people do look at life from a very bizarre angle. But hey, it takes all sorts.

My response:
Dear Green-inker, it’s all about context. A subtlety possibly lost on you. Bigoted fictional characters in art can be acceptable. We may find them uncomfortable at times but I believe art should sometimes make us feel uncomfortable. But, despite the fact that the advertising industry probably considers what it does to be art, I’m afraid art it ain’t. Advertising is there to persuade. It is not there to ridicule a person’s birth circumstances. Advertising is too powerful a tool to be put into the hands of the reckless and those that seek to oppress.
with practice you too could be a swivel-eyed loon!
Today I’ve discovered that Barr those producers of that disgusting drink Irn-Bru are going to be putting the word ‘Fanny’ on their cans. How cheap and nasty a gimmick is that? 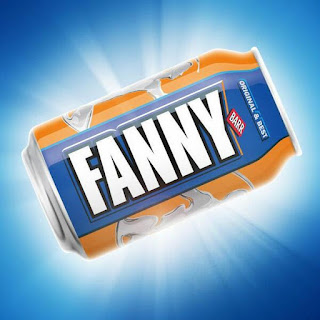 Whilst not particularly offensive it is in very poor taste. But then I suppose in my humble opinion anyone who drinks the stuff is severely bereft of taste. Crass pop for crass populi!

*apparently there is a tradition of disgusted of Tunbridge Wells types of writing in to radio and television programmes in green ink. I suspect green ink is the official ink colour of the UK Isolationist Party.
at 18:43 4 comments:

We shall be holidaying in Italy this year, quite near to Vicenza. Unfortunately, or not, we will not be there when these chirpy characters are going to be playing at the Sun Valley Metalfest. Curses!

Rotting Christ – I’m sure their mothers love them.
at 13:00 No comments:

The current wave of publicity that there has been for the work of David Bowie has been most welcome. His music has been the soundtrack to a large portion of my life. His capacity to always move forward is quite astounding.

As soon as I had learned to tune into his work Bowie has always managed to speak to me. He projects an image that epitomises what many of us seek to be; not restricted to one medium or one gender. 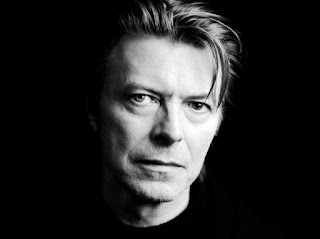