Why does society continue to ask the wrong questions?

Why is society so fixated with quick fix solutions to failed outcomes, rather than truly questioning the diverse root causes of a particular problem? Things can only ever be improved if we are brave enough to think things through in greater detail than most people do now. Nothing is ever black and white. Answers are rarely simple, and on the odd occasion that they are society won’t accept them. Society doesn’t like the unpalatable ‘truth’. Society would rather blame a scapegoat than get to root causes.

All discrimination is evil. It only serves to divide society. Trying to right wrongs with other wrongs is wrong. It doesn’t work. Initially it might apply a superficial gloss and appear to be a solution but deep down, bubbling away will be the seeds of discontent, slowly seething and growing. Positive discrimination isn’t. It’s an oxymoron. Whilst the human race continues its fixation with competition there will always be discrimination in one form or another. Competition ensures that there are always winners and losers. Should we really label people losers? I don’t think so. Nobody should be considered a loser.

That brings me onto the over-hyped nonsense known as the Oscars. The recent comments and complaints about the racist nature of the Oscars along with Charlotte Rampling's reported opinions on the matter are all ignoring the obvious. Why is society not questioning the misguided need to have competitions right across the arts? The ‘best of’ label applied to any art form is totally without any validity. Appreciation of the arts can only ever be subjective. Popularity is never a measure of quality. There are no quality standards in the arts and any attempt to apply them is pure artifice. ‘Good’ or ‘bad’ can’t be applied to the vocabulary that describes the arts. Unfortunately many people can’t seem to cope with abstracts. They bizarrely have to categorise and objectivise the arts. But it doesn’t have to be this way. So rather than this smoke-screen of great debate about who said what and the possible nature of the alleged inherent racism within the American Academy of Motion Picture Arts and Sciences why is nobody questioning the need for the Oscars in the first place?

Let’s eradicate arts competitions as they have no place in a civilised society! 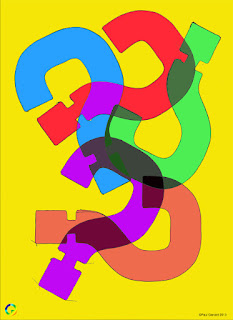 Well not really a great giveaway, but I am trying to shout a bit louder about my art; up until now I've been quite passive about promoting it. I'm hoping to change that. I have a number of things in the pipeline for this year which I will tell the world about once I'm able.

I've started a mailing list to help keep people informed about what I'm up to with my work. I'm very keen for people to sign up. I won't bombard with masses of emails, but from time to time there may be giveaways and unique offers.

WIN WIN WIN WIN
Those on my mailing list will be put into a free prize draw and every quarter one lucky person will receive a limited edition print (signed and numbered).

What are you waiting for?
Please sign up today.