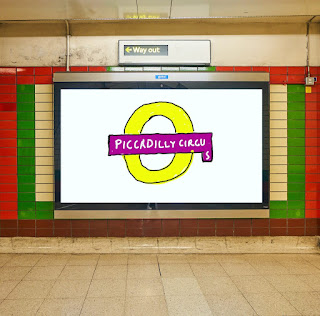 It always amuses me when people are exercised by a work of art. I suppose art should challenge and be challenged, so from that point of view it’s good that they are. People are funny when they are affronted by something they basically can’t comprehend. Unable to shed their blinkers. And so it would seem that an ad that David Hockney has designed is causing people to become agitated because it disturbs their narrow idea of what art should be.
‘Brilliant’ or Totally Phoned In? is the headline on Artnet News. People seem afraid of it because they don’t know which way to swing, and so they go with a gut reaction. Do you know what? I DON’T FUCKING CARE!
Art is art. There are no rules. Stop trying to be fashionable. Relax. If you like it you like it. If you don’t, you don’t. Stop trying to pre-judge the pretentious zeitgeist. Stop trying to understand art. Wake up and get over yourself.
Art is not something that trend setters/influencers prescribe. Art is what you want it to be.
What is art?
If you don't know the answer, this pdf pamphlet might be able to help you. If you think you know the answer, think again. 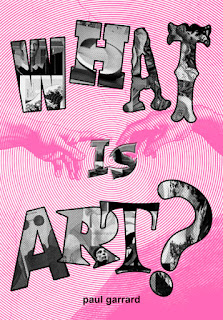 Email ThisBlogThis!Share to TwitterShare to FacebookShare to Pinterest
Labels: art, hockney, public transport, what is art

I like graffiti. Not all of it you understand. Some of it is offensive or in inappropriate places. But by and large I like it.
Recently in the King Street area of Norwich one artist has been busy using a style that I definitely like. Their stuff could be elsewhere for all I know, but this is the only place I’ve seen it.
Because of the ephemeral nature of graffiti I decided to nip out with my camera last week and snap as many as I could. Just as well as they have now gone. But here they are.

Which side are you on? 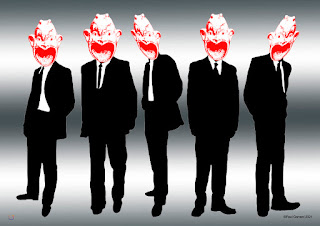 There are some things where the choice can only ever be heads or tails. There are really only two types of politics, progressive or reactionary. You can't have a mix of the two. It's like in maths, a plus and a minus will always equal a minus. Reactionary politics being the minus. It's a hard border between the two. One doesn't merge into the other. There is no middle ground, no centre.
Is there any point voting for one reactionary party because it's not the other reactionary party? I don't think so. You might think they will improve your lot but they really won't. They will always be a disappointment. Maintaining the status quo is a reactionary political choice.
Unfortunately when you have a population that is politically illiterate how do you affect positive change? I really don't know. I am truly baffled. Without a major political party that supports progressive politics we can't even begin to move forward. Should we just give up and 'know our place'? That is what people seem to want. So I guess the answer is yes.
A broad church of reactionaries and progressives is never going to work. It will always be a constant tug of war with no real outcome apart from political impotence.
The choice is capitalism or socialism, fascism or democracy. Capitalism is fascism. Socialism is democracy in its purest form. Only trust people by their actions rather than what they say. Beware wolves in sheep's clothing; people will claim to be what they are not just to gain power.
If you appease capitalism you destroy all hope.
If you are not a socialist it is probably because you don't understand it. Get a grip. Educate yourself.
Perhaps one day we will have a mass membership socialist party.
Yours despondently
PS. I didn't vote for Keith.
at 07:30 2 comments: