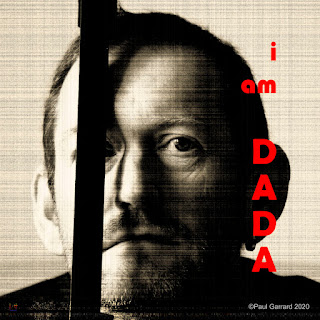 I think I was born dadaist. I was certainly into dadaism long before I knew of its existence. With Dada there are no rules. I like that. I’m a walking contradiction, like most people. That’s so very Dada. By nature I’m a non-conformist, who likes some conformity. When I eventually discovered Dadaism in my early adult life it totally struck a chord. Being a pacifist meant that this art form born out of the horrors of the first world war resonated with me.
As Wikipedia puts it

”Developed in reaction to World War I, the Dada movement consisted of artists who rejected the logic, reason, and aestheticism of modern capitalist society, instead expressing nonsense, irrationality, and anti-bourgeois protest in their works. The art of the movement spanned visual, literary, and sound media, including collage, sound poetry, cut-up writing, and sculpture. Dadaist artists expressed their discontent toward violence, war, and nationalism, and maintained political affinities with radical left-wing and far-left politics.”

Dada is the only real way I know how to express myself. My thought processes are often lateral. Thoughts combine as strange cocktails that aren’t strange at all. Everyone is an artist. Anti-art is art. All art is anti-art. Long live Dada. 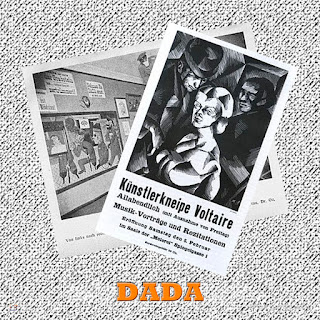 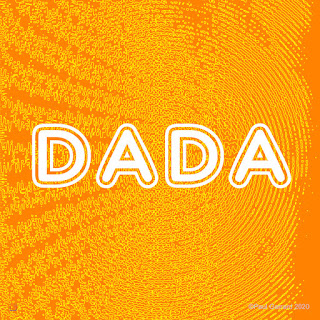 Email ThisBlogThis!Share to TwitterShare to FacebookShare to Pinterest
Labels: art, dada, dadaism, me, my art

I can't believe that I haven't come across Catherine Ringer until this year. What a talent. A polymath in every sense of the word. A national treasure of France. I would so love to see her live. Today is her birthday. Born on this day in 1957. Her music and her performances are phenomenal. A true star. Check her out. You won't regret it.

So impressed I wrote about her for my French homework a few weeks ago. This is what I wrote:

I first became aware of Catherine Ringer as a member of the group Les Rita Mitsouko. I heard a song of theirs played on a French radio station and thought wow! Born in France, Catherine is a singer, songwriter and multi-instrumentalist. She is also an actress and a dancer, plus has many other talents. Difficult to categorise, her music is a mix of styles and influences from around the world. Her catchy songs and ballads are often curious or bizarre. Much of her work is quite surreal. An accomplished performer, she can still enthrall an audience, as an appearance earlier this year on French television singing one of her Les Rita hits, C'est Comme Ça, shows.