I complained to the BBC about their interview on the Andrew Marr programme. This is the reply I received. I am not in the least surprised.

Many thanks for getting in touch about The Andrew Marr Show broadcast on Sunday 13 November 2016.

The programme had several prominent items to reflect Remembrance Sunday, as well as an interview with the leader of France’s Front National party, Marine Le Pen MEP.

Andrew acknowledged beforehand that some viewers may have found the timing or content distasteful, but he also fully explained the context and rationale for the interview with Ms Le Pen as follows:

"Now, today we are remembering the fallen, particularly of two World Wars, and we are doing so in a context of a world which feels particularly unstable, even dangerous. Our greatest ally - the United States - has been going through great political change, but what of our other great wartime ally, France?

Since Donald Trump's victory, anything seems possible, and in France they're asking whether Marine Le Pen - the highly controversial leader of the right wing, nationalistic French National Front - will become their next President. She's polling strongly - at least 6 million voters so far - and most predict that she will reach the final round this spring. Now, if she won that would be a huge and significant moment for Europe - Marine Le Pen is hostile to Brussels, she's against NATO, she's against free trade, and she's a vehement supporter of Russia's Vladimir Putin.

Now, I know this morning some people are offended and upset that I have been to interview Marine Le Pen, and that we are showing this interview on Remembrance Sunday. I understand that, but I would say this: Le Pen could - under some circumstances - become the next French President in the spring. This week in the immediate aftermath of the Trump victory, she's declared that the whole world has changed and that her brand of politics is on the march. What does that mean?

In the end, we are a news programme and I don't think the best way to honour the fallen is to fail to report on the next big challenge to western security..."

Many thanks once again for taking the time to get in touch. We acknowledge your personal views on the interview and its timing, but we hope our reply helps to clarify our approach and why we felt it important to hear from Marine Le Pen MEP here.


I think what really grieves me is that they give a disproportional amount of airtime to minority extreme right wing groups, and, never to extreme left wing groups. The BBC is biased heavily towards the right and as a consequence a morally bankrupt organisation.
at 12:02 No comments:

If you tolerate this then your children will be next

I like many people have become very alarmed by the way the fascist agenda has appeared to have come to the fore in recent months, and particularly in the last week or so. Hate, which is essentially fascism, is being displayed more and more openly. A worrying trend that has to stop. How do the decent majority stop it? We stand up to be counted, we challenge it whenever we can and we make it known by whatever means available that HATE is not acceptable.

The key is to realise that you, each and every one of you can make a difference. You can help affect change. If we all do small things to counter fascism we will overcome the hate. We can drive it out. We can reaffirm that hate has no place in a decent society.

What can we do?
• Today I have sent postcards to the editors of five of the main culprit newspapers that have been encouraging hate. I've also complained to the BBC about their Marine Le Pen interview on the Andrew Marr Show. Next I shall start contacting those companies that fund adverts to the 'hate monger' newspapers:

• You can do the same
• And you can ask others to help to
• If you're on social media then follow the Stop Funding Hate campaign on Twitter or Facebook
• Follow Unite Against Fascism on Twitter and Facebook
• Print out some of the anti-fascist images on sticky paper. Stick them up in public places
• Print them out on plain paper. Shove them through people doors.
• Spread the word on social media
• Anything to get the message across

Now is a good time to remind you of Martin Niemoeller 'poem':

First they came for the Communists,
but I was not a Communist,
so I did not speak out.

Then they came for the Socialists and the trade unionists,
but I was neither,
so I did not speak out.

The title of this blog posting comes from a poster from the Spanish Civil War: 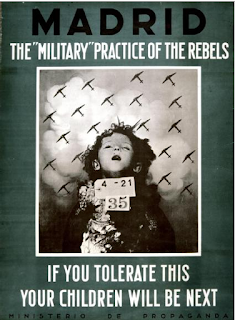 These are seriously troubled times. It's time for all decent tolerant people to get up off their arses and do something, no matter how small. 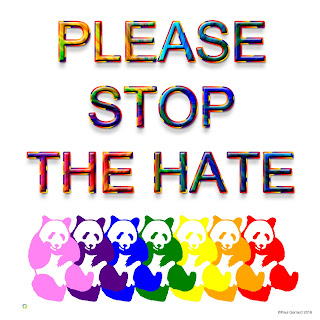 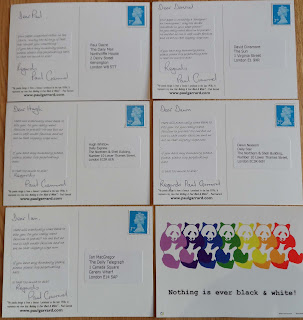 The postcards to national dailies