Art and the naked body

Recently though I've begun to think that there are things that can best be expressed by including the naked body or parts thereof in my art. So why now?

Society is sick. We've time warped back to the Victorian era. We live in dark and dangerous times. They are always dangerous when right wing governments exist; at best they are bullies, at worst they are evil, merciless, murderous, oppressive thugs. There is too much that is false about society. Nudity is a great leveller; naked we are equals. The naked body represents for me a purity. A purity that we seem to have lost. Apologies if this sounds a bit pretentious, but I truly believe it.

I don't normally explain my art but Turning the tables is based on a comment I've heard from women on many occasions, about men who instead of making eye contact when holding a conversation stare at their breasts instead. I am often so ashamed to be a man in this man's world that men continue to fuck up. This picture depicts the breasts staring back. A metaphor for how the world should be; a world where we should all equal.

Below is the censored version of Turning the tables. The uncensored version can be found on this site (kept separate so that I can warn people about the 'adult content'). 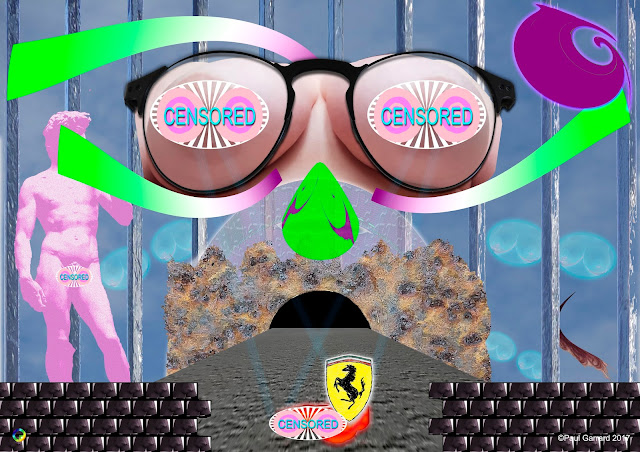 #turnerprize
The only thing you need to know about the Turner Prize is that it's all a sham. It exists to help bolster the fabricated notion that you can measure art, that there is good and bad art. The only reason for this is to fuel the 'art as an investment commodity' merry go round. It's all utter bollocks! 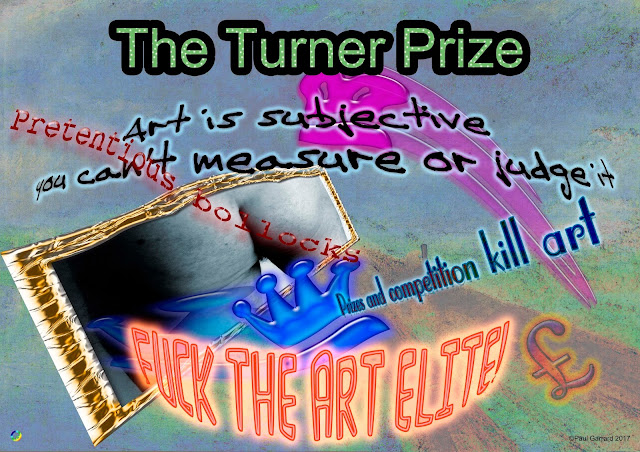