As a libertarian I resent the way that the words ‘liberty’ and ‘freedom’ have been hijacked by the right and used in a fashion that is opposite to what they actually mean; in true 'Orwellian newspeak' stylee.

In reality there is only one true freedom, and that is the philosophical and political doctrine of anarchy. I’m not an anarchist, I certainly wouldn’t advocate such a philosophy, and I can’t imagine any jumped up little tory would do so either. When the right use these words, what they are really saying is, that they want the freedom to oppress, and be at liberty to exploit others less fortunate than themselves.


As Craig Murray wrote on his blog back in May:


There has been a fashion in the blogosphere which needs to be challenged. Blogs of an extreme right wing cast have started to call themselves "Libertarian".


The peculiar thing is, that these neo-con "Libertarians" have, by and large, little or no concern for civil liberties. Very few of these "Libertarians" blogged about the shooting of Jean Charles De Menezes, against detention without trial for 42 days, about police violence at the G20 summit. These "Libertarians" do not want to see Guantanamo closed, and are quite happy with extraordinary rendition and the use of torture. Not only will you search the large majority of them in vain for any condemnation of the use of torture in the "War on Terror", but some of them - like Charles Crawford, for instance - have actively blogged in favour of the use of torture. 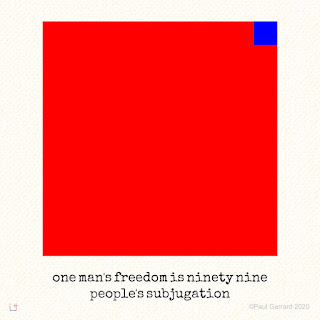