Give peace a chance

There are never any winners in war. There never has been and there never will be. So why does so much of the world continue to view it as their dispute solving solution of choice?

Political debate and majority consensus are the only way to solve disputes. War has never solved anything, think about it, a war ends and a political solution is sort. If ‘victory’ is imposed it invariably leads to further wars until what is seen as a just solution by both sides is reached. Why not bypass the painful costly bit? Do what Winston Churchill suggested “Jaw, jaw, not war, war”!

Unfortunately until western nations that purport to take the moral high ground on the world stage actually start to practice what they preach we will never have a chance to eradicate war. Those same western nations continue to put profit and vested interest before justice. If only they could invest in a bit of justice today it would no doubt save countless lives tomorrow. Unfortunately they put trade, and the arms trade in particular before peace. They do this because they believe that they are putting self interest first. This is misguided of course because their self interest would be so much better if the world was war free. They would not need large and resource heavy Defence ministries and the military that they currently support and pay.

If you want a typical example of international injustice an obvious example is Palestine. There have been so many chances to create a free Palestinian state and every time it gets close the west seems to lose its nerve. I’m not naive enough to pretend not to understand the reasons for this.

As a pacifist I cannot support war on any level. I get irritated when people talk about a ‘just’ war, or when they associate the word honour with it. I also get irritated by Remembrance Day and the British Legion. Not because I don’t think that it should take place, it is right that we should never forget, but because the abhorrence of war is lost in the medal jangling and military jingoism of the occasion. I expect Daily Mail and Sun readers would find my viewpoint disrespectful but it is they that are disrespectful. Disrespectful to the fallen, because until we can end war those that have died and those about to die will have fallen in vain. 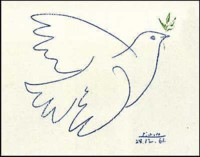 For those of a religious disposition the injuring, maiming or taking of a human life would seem to be the ultimate blasphemy. Why do religious people tolerate and even advocate something that is so at odds with their beliefs?