Why women are better than men!

One of the many tools that the few use to control the many is to invent and reinforce the artificial attributes of gender roles and stereotypes that riddle societies throughout the world. Conditioning starts from the day we are born. They are the foundation on which divide and rule is built. It's how rich men in suits control us. The patriarchy is the only true enemy of the people, and the biggest obstacle to equality.

I have a great deal of sympathy with the feminist cause. I try to empathise as best I can. I say as best as I can because I don't know what it's like to be a woman. I have in a small way experienced discrimination in my life and it is terribly draining, demotivating and not easy to rebel against. I believe that as humans we are all equal regardless of gender, sexual orientation physical or mental ability etc etc. I find all forms of discrimination abhorrent. As a consequence I struggle with so called positive discrimination. I recognise that it's a possible means to an end but I still sit uneasy with it. Until the vast majority of people are able to cope with the concept that all humans are equal we will never truly make progress.

Whilst men might control the world it is only a few rich ones that hold the power, the rest of us are in need of emancipation. Yes men need emancipation. We need saving from ourselves as well as from our masters. If men can grasp that equality benefits everyone we will make a start on the road to addressing the problem. Society's concept of masculinity needs to be challenged and changed at every opportunity.

Statistics from the Samaritans https://www.samaritans.org/about-us/our-research/facts-and-figures-about-suicide

These are scary statistics. Having suffered with mental illness and come close-ish to suicide on a couple of occasions I feel for the pain that people go through. Why do we allow this to go on? Why do we allow modern life to put us under such pressure, to cause us such stress? It doesn't have to be like this. So much stress could be eradicated if we lived in a caring and compassionate society. One where everybody is valued. The fact that in the UK men are three times more likely to commit suicide than women is not surprising. Men are expected to be rough, tough stiff upper lip types. Men aren't men if they show they have feelings, and shame is wrought upon them if they show weakness by crying. This needs to change. It should be acceptable to air your true feelings. It should be acceptable to ask for help. And help should be there for all that need it. Mental health is one of the biggest issues facing society today. If we can address mental health properly so many other issues will cured at the same time.

We're not going to change society until we challenge perceptions about what it is to be a man; men’s body image/ a certain sort of physique, male aggression, clothing, different kinds of addiction, the cult of masculinity, man as the bread-winner, and acknowledging that things need to change. We need to debunk the myth that physical strength is important and somehow in need of celebrating. Testosterone exuberance needs to be channelled into creative areas that are away from the more competitive aspects of life. Religion, sport and workplace culture are the biggest obstacles to changing men's attitudes. Competition and outdated religious based ideas of the male role in society are what are holding us back. The term 'man up' epitomises everything that is wrong with an overtly male culture.

We need to accept that gender is not binary; it's a spectrum that we all blend into. There are no neat little pigeon holes. People should not be measured or classified by their gender or their sexuality. I've never felt comfortable about being a 'man', doing 'manly things' as prescribed by society. If I want to do what society currently dictates are 'feminine' things then why shouldn't I? I have always considered myself to be mostly heterosexual, perhaps with a bit of bi-curiousness, like a nice frilly lace, around the edges but being heterosexual that doesn't mean I have to behave like some grotesque male chauvinist action man. I mostly find women to be more interesting and attractive than men. Mostly. I make no apologies for finding people attractive. I think it is possible to find people aesthetically pleasing to look at without objectifying them. There is beauty in all life. Like it or not we are all sexual objects, our raison d'être is to procreate, to keep the species going. It's hardwired into our make up as it is with every living thing on the planet. We just need to get over that hang up, whilst not acting inappropriately towards each other. I see nothing wrong with finding people attractive as long as we respect them for the people they are and treat them no differently to those we don't find quite so attractive.

Equality of the sexes is really just about true equality. Equality for all people. One of the biggest barriers to achieving equality is competition. Competition is seen as something healthy. I believe it to be the opposite. It's divisive and destructive. Society would be much improved if cooperation was the dominant trait.

I felt I was getting somewhere with my thoughts on this whole subject when along came this article on The Norwich Radical site: Platonic Polyamory: A 2018 Valentine’s Conclusion:
"If you know me, you know I always encourage a certain degree of emotional intimacy within both my female and male friendships, and...
...the resolve to foster psychological well-being and bonds over prescribed societal boundaries. Especially now, given the ambiguous socio-political climate."
I'm not sure that I agree with all aspects of what the writer is saying. In fact alarm bells rang because I could see that it could encourage some rather unacceptable behaviour of the 'me too' variety, but as long as its behaviour that all parties involved are comfortable with then I'm all for it.

I often feel quite sad that men of my generation rarely hug other men. Younger men seem to be much more at ease with it. We old gits need to lighten up. I quite like to be tactile but rarely get the opportunity. One of my most favourite things is holding hands. In some parts of the world men hold hands with other men. It's part of their culture. It doesn't signify any sexual activity, just friendship. In fact why shouldn't men and women in whatever combination hold hands when they are out together regardless of any relationship? And yes I do believe that friendships can exist across the genders without the need for sex. I have friendships with women that are just that, platonic friendships. And another thing, why don't straight men socially kiss other straight men? I'm up for it. Come on lads, let's pucker up! And don't get me started on make-up. But seriously we need to work towards being more comfortable with our friendships of all persuasions. It should be acceptable to tell people that you love them in a way that doesn't say 'I Love you' or 'I LOVE YOU'. After all "what's so funny about peace, love and understanding?"

I make no apology for the title of this post. I wanted to attract the attention of both the enlightened and the bigot alike. Some will criticise me for using a provocative or unhelpful title which is a valid point, but I felt I needed to be heard on this subject. It is the only way forward. Equality is not a pick and mix issue. We are either all equal or we are not. We cannot be considered civilised until we are all equal.

I've been trying to write this post for around two years. In that time my ideas have been evolving, they are still quite fluid and subject to change, which is why it might seem a little disjointed, but I got to the point where I thought it needs a public airing. Consider it work in progress. I would welcome any comments/discussion around them. I would also appreciate it if you could share this post as widely as you can. If we are to one day achieve an equal society ideas like these need to be discussed as widely as possible.

n.b. obviously I don't really think that women are better than men and I'm certainly not in favour of some kind of sexual free for all either. 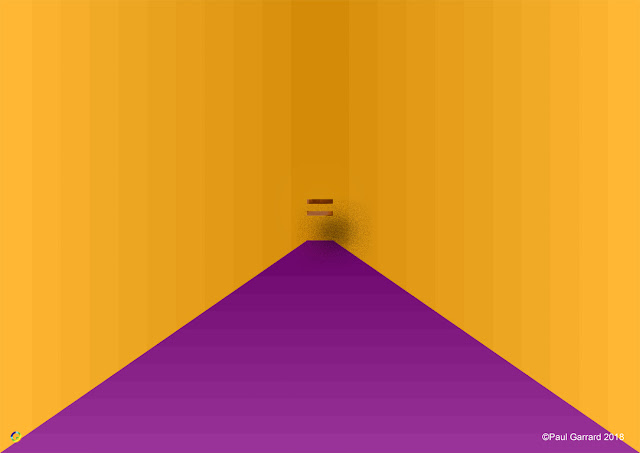 We still have a long way to go