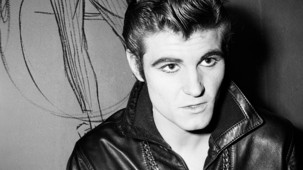 There was a great little programme on Radio 4 today about Vince Taylor. I knew of Vince Taylor and his fantastic Brand New Cadillac but very little else.

I was weaned on Rock-a-boogie. Six Five Special and Oh Boy were required viewing by my parents when I was a toddler. I don’t remember too much about the acts on these programmes but I absorbed the music. I don’t remember anything of Vince Taylor from that time though. My first alert to his existence was a song on the B side of a Golden Earring single entitled Just like Vince Taylor. Next up came the Clash with their version of Brand New Cadillac (equally as good as Vince’s version), sheer brilliance! Now I’ve been a fan of David Bowie since Jean Genie but until today I had not realised that Vince Taylor had been the major inspiration for David’s erstwhile alter ego Ziggy Stardust. The Radio 4 programme explains all. Give it a listen, but hurry you only have 7 days to do so.