Those who find themselves ridiculous – That’s me

Last night I jigged and danced to this song in my own inimitable, arthritic way along with the rest of ‘the people of the forest’ 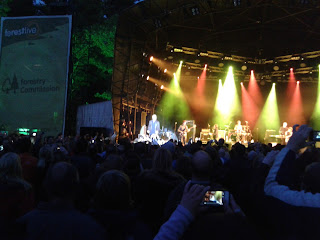 Thermals in June? – That was me last night. They were needed!

The downside of the British weather is that as, due to climate change, our summers seem to be getting colder and more unpredictable outdoor music events are not for the faint-hearted or the ill-prepared. But last night in the bitterly cold, in Thetford Forest, I witnessed one of the best concerts I’d ever seen! 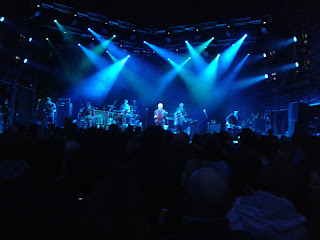 I am a late covert to the gospel according to James. I came to them via their lead singer the attractive, charismatic and totally hypnotic Tim Booth. After I grooved to a solo album of his I discovered he was the lead singer of a band I’d heard of but knew very little about. I rectified that by purchasing most of the back catalogue by James and subsequent new stuff. James can do no wrong!

The show that James put on was faultless; the band was tight and Tim Booth was note perfect, hitting those amazing highs that he does and sustaining them. Not only were the band faultless but the technical side of things was spot on as well; the sound was so clear and the complimenting light show was also pretty bloody amazing.

I want to see them again.

If you only ever go to one concert in your life make it a James. You will not be disappointed.