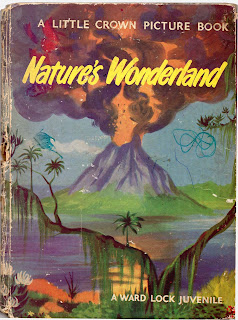 One thing that I’ve always been thankful for was growing up in a household where books were always there. I think that was mostly down to my mother's influence. Books meant learning and learning meant advancement. Mother also made sure we were all library members from a very early age. I am grateful for books being in my life.

I only own one book from my early childhood. I think it was a hand-me-down. I had an uncle who was only seven years older than me and it probably belonged to him. The book is called Nature’s Wonderland and dealt with an eclectic mix of what it considered to be the wonders of the natural universe. There’s no date or price on it, but judging by the quality and the style of the few colour pages, I would put at early/mid fifties.

As a young boy it fascinated me with what truly were wonders as far as I was concerned. It introduced me to the Northern Lights, the giant redwood tree, stalactites and stalagmites, and things in outer space. My interest in space travel and astronomy were fired at an early age and have never gone away. All exciting stuff for a lad whose world was a council estate in a Suffolk market town.I guess that’s why I’ve hung on to it all my life. I still occasionally look through it with fond memories even now. It’s a bit battered and has generally been mistreated over the years but I try to take care of it these days. In monetary terms it’s worth very little which makes it all the more valuable to me. 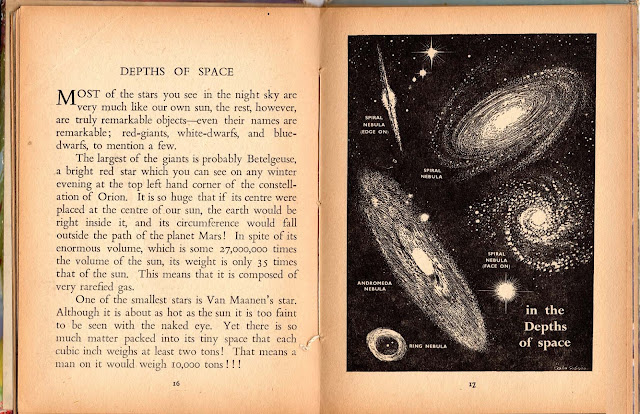 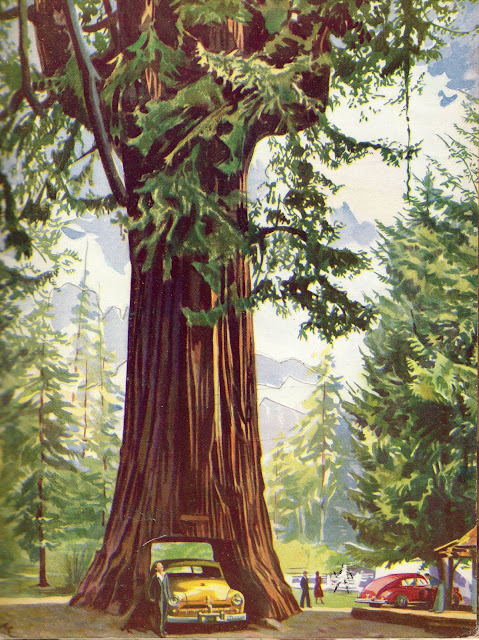