Climate change denial would seem to be very fashionable with people politically on the right at present. It a fad that started in the good old US of A and is now festering over here. Despite evidence to the contrary they will state that it’s all lies, a left wing conspiracy and that what is currently happening with the world’s climate is within the parameters of normal climactic fluctuation. These are the sort of people that would have denounced Galileo and Darwin as crackpots and charlatans. They see danger in new ideas and anyone challenging their world order.

I’ve followed green issues since the early 1970s, a time when it was very fringe and had very little mainstream appeal. Now that it is taken much more seriously by mainstream politicians, those on the right are very worried. The whole raison d’ etre of the right is exploitation, and if they see governments wanting to curb this they resist, hence this current aberration. The denial won’t end until they have found lucrative ways of making easy money in an ‘environmentally friendly’ way. 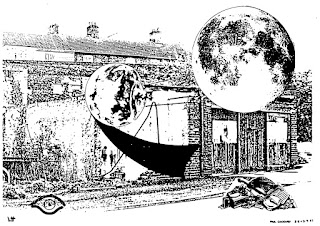