The C word is humbug

A bit like those that like parties, people that like Christmas can’t understand why some of us don’t. It never fails to amaze me how so many people just accept the culture that they are brought up in believing that’s how it should be. I do get some very bemused looks from people when I say I hate Christmas. Many people just cannot understand it. There are so many sheep out there. Worse than those that just can’t comprehend that some people hate Christmas are the ones that feign empathy and will spout some bollocks along the lines of Christmas having lost its true meaning. I’ve no doubt that the festival we call Christmas lost its true meaning when the bloody Christians got their oppressing hands on the feast of the solstice. Christmas is only marginally better now that the god of consumerism has got its claws into yuletide. For some people Christmas can be really hateful, a time of deep depression a time for feeling unloved and for some poor souls it all gets too much. They choose suicide. For me I just ignore it as best I can.

We don’t put Christmas decorations up; although we do display the cards we are given. We still feel obliged to join in with the greeting card ritual nonsense although it is kept to a bare minimum.me and my lady don’t give each other presents and presents to others are simple and again kept to a minimum. Last year for the first year ever we managed to do nothing Christmassy on Christmas day and we loved it. A few years ago I spent a large part of the middle of the day on my own on Christmas day and it was wonderful; I had beer, junk food and listened to music. It was sheer lazy bastard’s heaven. If I ever had a job where I could work on Christmas day for enhanced pay and time off in lieu then I’d probably do that.

Christmas is so false that I really don’t want to be part of it. The hype causes so much stress for so many people along with so much unhappiness for those that feel that they are missing out if there Christmas does go exactly as social pressure dictates. People spend ridiculous sums of money that very often they can ill afford to buy ridiculous presents that just fuels the furnaces of the hell that is consumer-fuelled capitalism.

I was a big fan of Slade in their day. Yes I am that old! But I don’t want to hear their Christmas hit in every shop, supermarket, pub and restaurant that I enter in November and December thank you. Worse still I don’t want to hear the syrupy vomit-inducing offerings from the likes of Cliff Richard, George Michael and Aled Jones.

But, you don’t have to accept all this nonsense. You don’t get struck by a thunderbolt if you ignore it. Life is good without most of the Christmas bullshit. So, go on, ignore Christmas and you could well be surprised how happy it will make you. 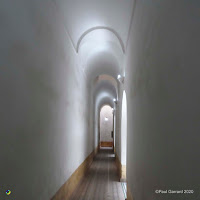