Great Britain, the end is nigh

I'm posting this just before the polls close on the day of the General election. I'm not planning on staying up to watch the results. I'm not sure I can stand the pain. I'm expecting to wake up tomorrow to find that most sane persons' worst nightmare has been realised.

I fear that the Tories will win enough seats to destroy the UK. They will implement Brexit. England will become an even more hateful place to live and the Union will start to fall apart. By this time next year I fully expect the Scots to have voted for independence. I wouldn't like to guess at the dynamics of the journey that Northern Ireland will make but I don't doubt that it will result in a united Ireland at some point in the not too distant future.

England is fucked and a lot of poor people are going to suffer more and more. There will be blood on the hands of anyone who has ever voted Tory.

When Scotland leaves the Union it will make it impossible for England to vote in a Labour government with the first past the post voting system. England will be damned. I can see civil unrest and bloodshed coming it's way. I hope I'm wrong. 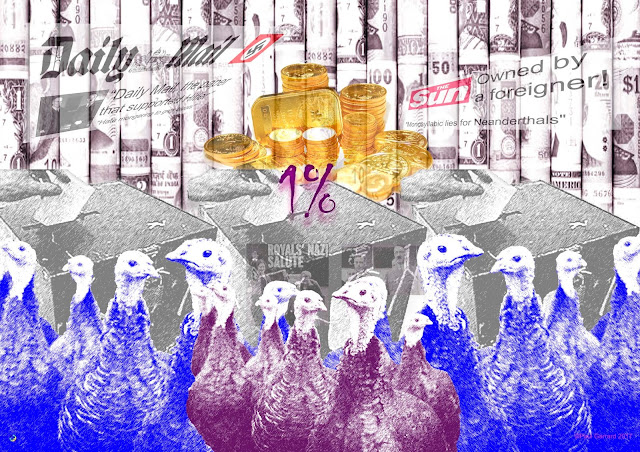